TAKE a flight up to any mine across the country and its clear the industry has seen a massive shift in technology over the last five to 10 years. 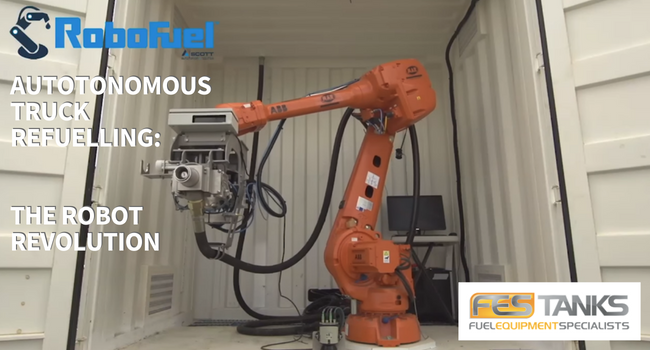 Automation has disrupted the way the majors and juniors are doing business and having an impact on their bottom line, not to mention significantly improving safety.

In the WA Pilbara alone, three-storey high trucks are driving themselves around across Rio Tinto, FMG, and BHP’s iron ore mines, drills are now autonomous and the trains hauling the ore from pit to port are beginning to operate without a driver– instead run by a team in a remote operations centre more than 1000km away. (crazy, right?).

Rio Tinto was one of the first players to enter the automation game. Now, driverless vehicles are becoming synonymous with the mining industry. And while it may take a while for the cash-strapped juniors to get there, from what we hear it’s just a matter of time.

So what’s the next step for automation, beyond driverless trucks?

You may have heard of the buzz word Industry 4.0 (also known as the fourth industrial revolution) incorporating cyber-physical systems and the Internet of Things into mines. There’s also an emerging trend in robotics that will drive further efficiencies across operations, namely autonomous truck refuelling technology.

Truth is, there are still a number of challenges that exist with current refuelling methods. First up, the current process involves a handful of risks to staff who are working around the truck’s wheel base (where there can be potential fuel spillages). Manual fuel stations are also generally located a long distance from the mining pit, meaning there can be up to an hour a day in lost production time—bad news for miners that are working around the clock to meet their production guidance.

It is clear autonomous truck refuelling is the next natural step in the automation chain to add even more value to an operation.

Autonomous truck refuelling: How it works

In a nutshell, autonomous truck refuelling technology involves a robotic arm that removes the manual aspect of hooking up a truck to a diesel tank to refuel. The good news is that the technology is already readily available.

There are a small group of innovators, both here and abroad, that have pioneered solutions for existing autonomous haulage systems.

Australian-based Scott Automation + Robotics is one example. The technology company has developed Robofuel; an automated refuelling system that can be paired with an ABB or KUKA robots and self bunded fuel storage tanks to remove the manual aspect of refuelling. Robofuel uses an innovative vision sensing and detection system to locate the position and orientation of the truck’s fuel tank.

“This information is used to couple the fuel nozzle with the tank. Fuel spillages are minimised through the controlled coupling and pumping, mitigating the risk of environmental contamination,” Scott Automation + Robotic said.

Robofuel has been proven to increase productive hours and the efficiency of trucks, all while reducing on-site costs. And, if you’re not already convinced, in 2016 the technology was nominated as a finalist in the Australian Mining Prospect Awards in the Innovative Mining Solution category alongside heavyweights such as Caterpillar, Komatsu, and Enerpac.

Check out the below demonstration of the truck refuelling technology in action. Impressive stuff!

International company Rotec has also developed a Robotic Fuelling System (RFS) of a similar scale. Its system connects in 75 seconds, has a 300 gallons per minute fuel rate, and can disconnect in an impressive 30 seconds, and is made up of a horizontally placed delta robot with three driving mechanisms mounted on a sub frame that moves six arms.

According to McKinsey & Company the deployment of data analytics, robotics and other technologies will unlock between $290 billion and $390 billion in annual savings for producers in 2035.

Autonomous truck refuelling technology will be one of the key contributors to these cost savings, and is now being trialled and tested across mine sites globally.

The Benefits of Autonomous truck refuelling

Just ask the team at Gina Rinehart’s $10 billion Roy Hill mine in the Pilbara. The mine has been testing an in-pit robotic refuelling device at the project since 2016.

“The truck drives up to the device and a robot opens the door of the sea container,” Roy Hill chief executive Barry Fitzgerald told The Australian Financial Review.

“It then undoes the fuel cap, connects the fuel hose and fills the truck. We see some timing benefits in the sense it can fuel trucks at about a third of the time, also occupational health and safety issues in not handling the hoses, and it gives us greater flexibility to move it around the pit.

“My view about autonomy and robotics is that it is a fact of the way of the future.”

You’re now familiar with the benefits, but how do you introduce a new system like this into your existing operation?

It’s really quite a simple process. One of these bad boys can be bolted into an existing flexible fuel storage system, like our self-bunded tanks. In fact we have been supplying self bunded tanks to the mining sector for years.

With more than 100 years combined experience in the diesel fuel game, we are excited by the opportunities in the autonomous truck refuelling space and can’t wait to work with more mines to meet their fuel storage needs, and partnering with METS companies developing this new technology.

Join the conversation: What’s your thoughts on autonomous truck refuelling? Have you or do you know of a company already using this? 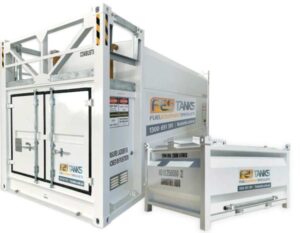 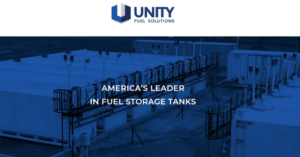