A typical fuel retailing business in Australia. Is there such a thing?

Apparently Not…..That’s the major finding of a recent industry analysis that has implications as governments seek to tighten environmental regulations and impose hefty costs for new infrastructure on some operators.

Now fuel retailers are looking for ways to juggle increasing competition and small profit margins with the need to audit and often upgrade infrastructure in line with a tighter regulatory environment. 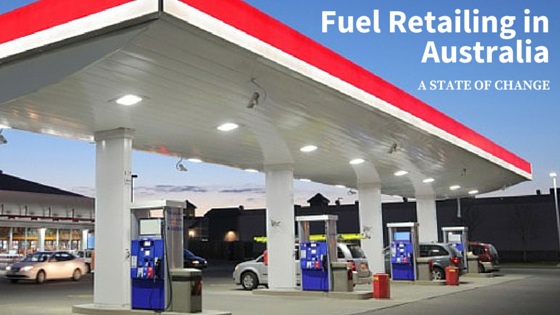 Is our retail fuel industry healthy?

The ACAPMA iScan 2016 report brought together data from independent bodies including the Australian Competition and Consumer Commission, the Australian Department of Industry and authoritative international researchers IBIS World.

It found industry profits were down over the survey period – ACCC figures suggest profits from July 2005 to June 2013 averaged just 2c per litre. The 3.6 per cent gross profit for fuel retailers was below the all-industry average of 4.9 per cent over the same period.

Profit margins have returned to healthier levels over the past two years, however legislative changes mean much of the higher earnings are now being invested in upgrading fuel infrastructure and funding increasing compliance costs.

Who are Australia’s fuel retailers?

Two thirds of the nation’s 6400 service stations are operated by more than 3690 businesses, most of them small local operators.

The remaining third are owned by major retailers including BP, Caltex, Coles and Woolworths.

Small retailers are either operating a site that is owned by a larger business, leasing a site from a non-fuel related business or are owner operators.

Small operators can either be operating as commission agents, where they don’t purchase the petrol but are paid a commission for each litre sold at a price set by the supplier, franchises, dealer-owned businesses that operate under a brand agreement with a major fuel company or independent fuel retailers who operate under their own brand.

The report identifies a number of new legislative measures, particularly in the east coast states, that will mean many operators will need to make significant capital investments in the 2016/17 financial year, no matter what their business structure.

The major developments include:

How do I prepare my business?

Preparing for the changes means checking your infrastructure now.

If you are in NSW or Queensland and your business operates with older underground tanks, integrity testing of fuel storage tanks and lines is important to prepare for the new ethanol requirements.

Storing ethanol fuel requires extra vigilance to keep water from the fuel to prevent phase separation and the growth of bio-organisms that can hasten tank corrosion and have disastrous effects on engines.

Tight margins and stricter environmental regulations also mean it’s more important than ever to keep track of your fuel and ensure pumps, lines and bowsers are correctly calibrated.

A broken or slow bowser could lead to forecourt queues that will lose you business.

An increasingly competitive environment means spoiled fuel could do serious damage to your reputation and your bottom line.

When storing ethanol blends it’s particularly important to ensure you have a regular quality maintenance program in place, including using a water-finding paste.

Fuel management systems that monitor the levels in your tanks can also help by ensuring you keep tanks at the optimal level to avoid excess condensation and water absorption.

If your underground storage systems (UPSS) are 20 years old or more, it might be time to consider replacing the tanks with a new system.

Modern tanks have dual walls to meet the highest standards of environmental compliance, and decommissioning your old tanks now and replacing them with new tanks could save you big dollars in emergency clean-up, business downtime and environmental fines down the track.

Getting in early with the right equipment will help you stay ahead of the legislative changes and remain competitive and profitable in a rapidly changing market.